Article: How We Role

Roles of Men & Women In The Church 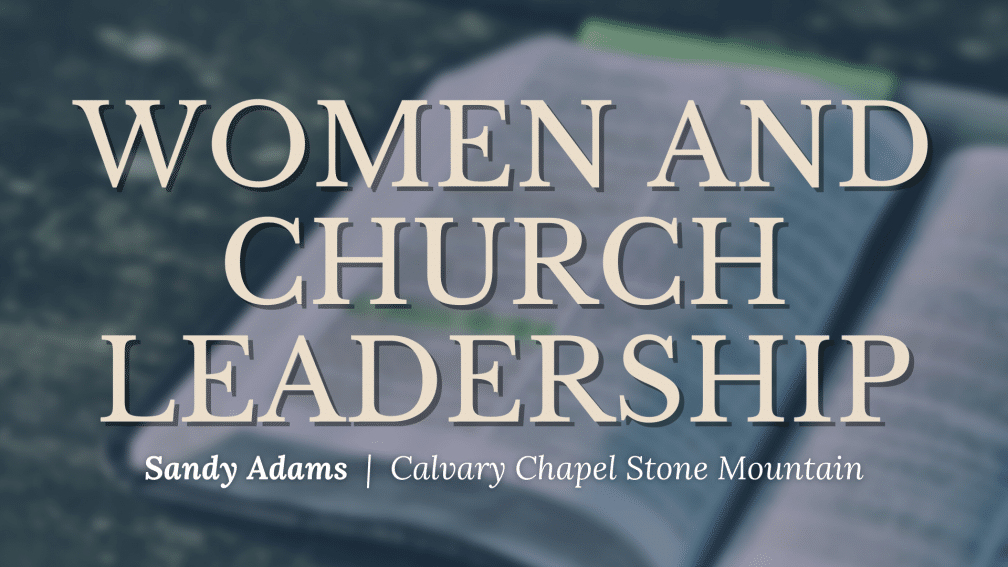 This week, Saddleback Church announced the appointment of three female pastors. This was applauded by many evangelicals. Yet I believe this breaks the heart of the God who made us male and female. Both genders and the roles assigned to each are designed by God to teach spiritual truths. The Bible says that Christian men are to lead and Christian women should follow. This doesn’t apply in the secular arenas of government, business, society-at-large, but in God’s living room – in the church and in the home – this is how He wants Christians to order their relationship with the opposite sex. These roles paint a picture to the world of God’s relationship with His people. Throughout the Bible God speaks of Himself in the masculine and His people in the feminine. Jesus is the groom and the Church is His bride. God leads and Christians follow. And it’s God’s will that every church and marriage serve as a reminder.

This is why a woman’s role in the church is such a watershed issue. It’s not that women are incapable of offering spiritual leadership and biblical instruction. To the contrary, women may be the more suited for service. But giftedness is not the issue. There are times when God’s purpose is spiritual and emblematic, more so than practical and utilitarian. When a woman yields leadership to a Spirit-anointed man she fulfills a higher, holier purpose, than simply the task at hand. The Apostle Paul said her actions intrigue the angels. In the eyes of God any of the pastoral duties she might perform pales in comparison to the beauty and significance of her submission. God wants us all to see and serve the big picture.

And yet Saddleback is not the only church that has allowed the pressure of culture to obscure the purpose of God. Giving women the authority to teach men and pastor the flock is spreading. Even some Calvary Chapels are compromising the biblical ideal.

I want to remind the Calvary Chapels that might be influenced by the example of Saddleback and those likeminded, that our pastor was clear about what the Bible taught. Recently, I ran across a personal letter I received in the early 80s from Pastor Chuck. I was struck by its relevance to today. At the time I was a young pastor prayerfully sorting these matters out for myself. I sought Chuck’s counsel. His reply was simple and gracious as always, but it was also biblical and clear. And as I share it these many years later, I pray its clarity speaks to you!